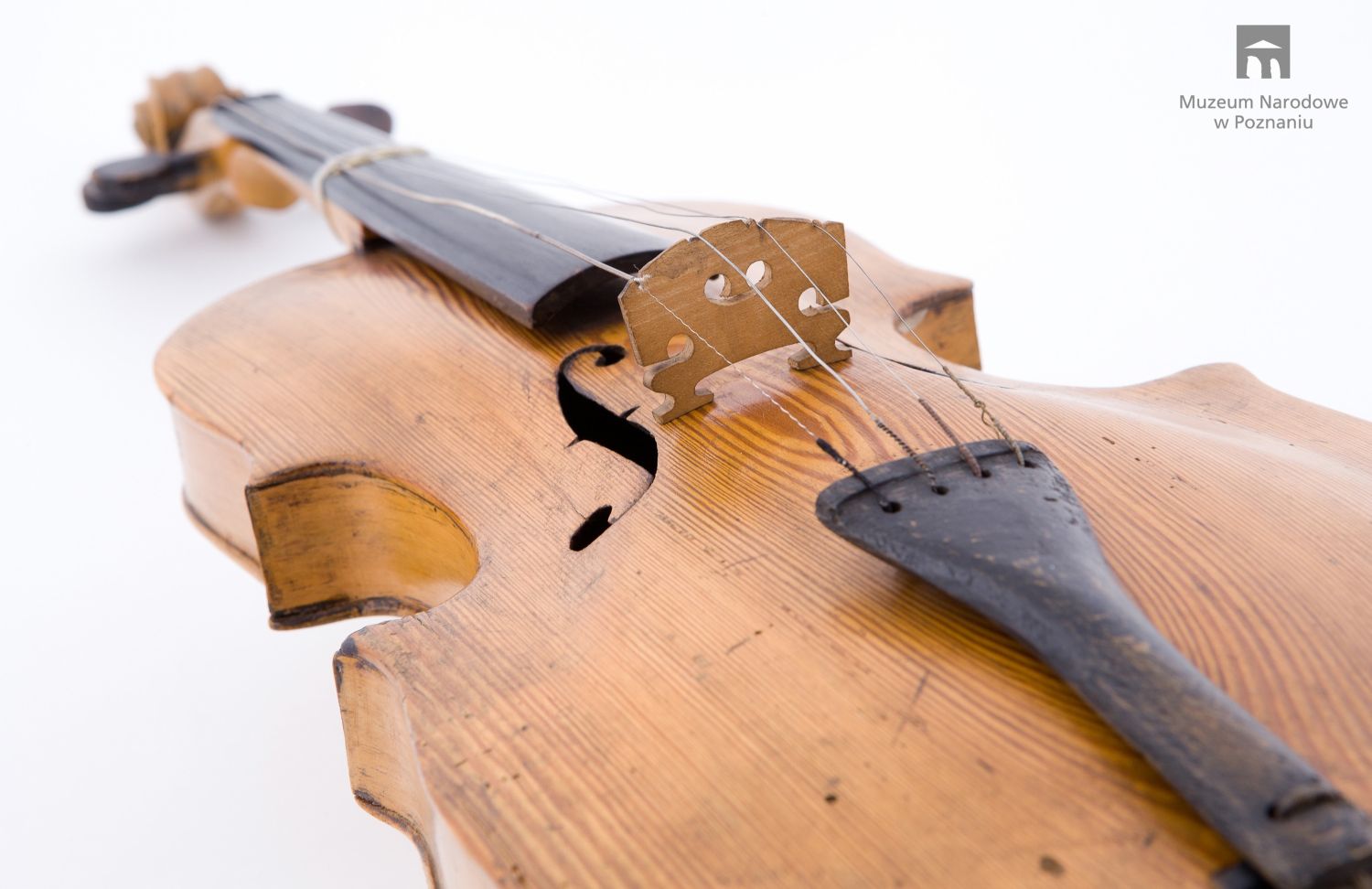 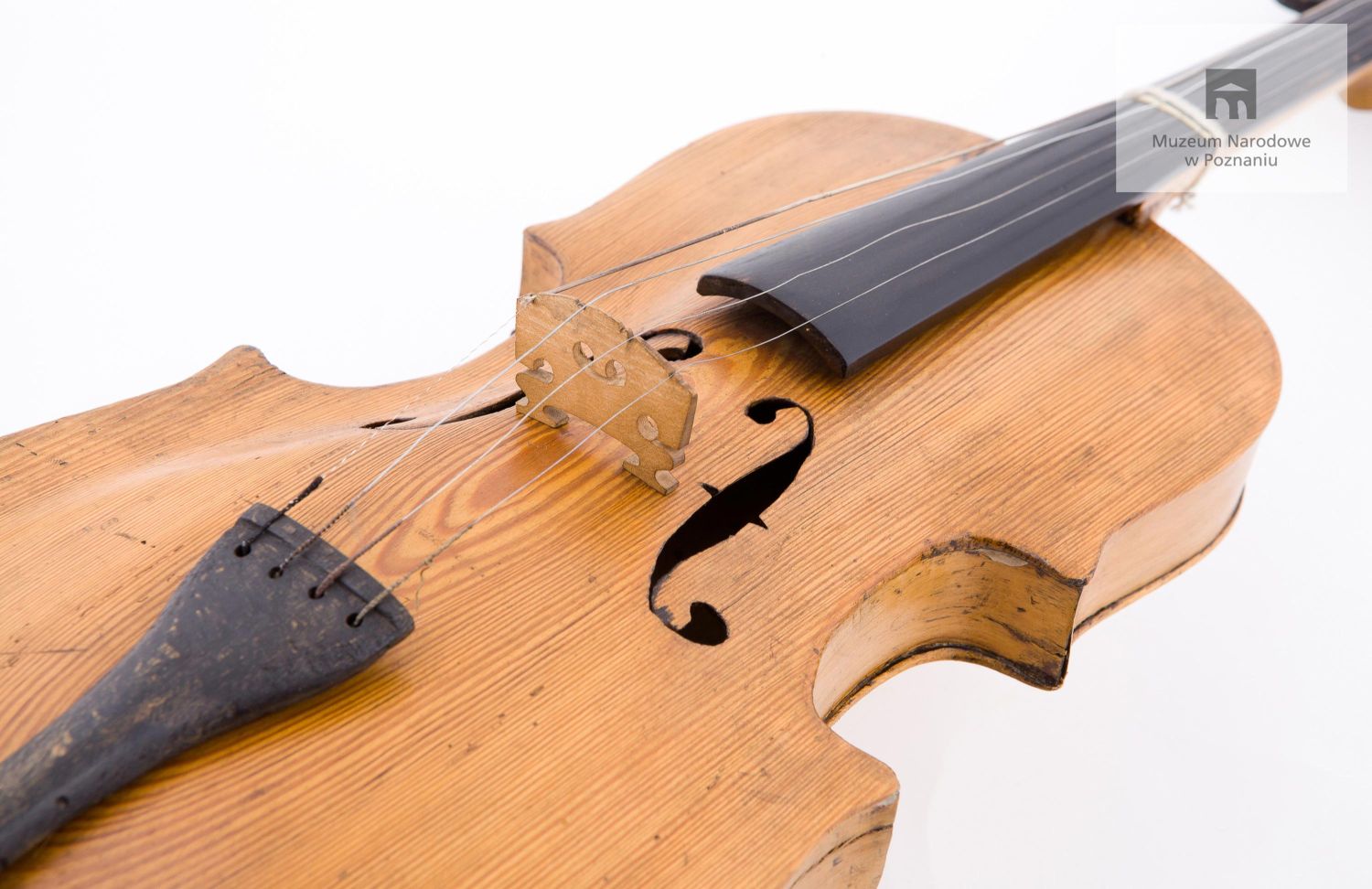 Classification: 3 Chordofony / 32 Chordofony złożone / 321 Lutnie / 321.3 Lutnie drzewcowe / 321.32 Lutnie szyjkowe / 321.322 Skrzynkowe lutnie szyjkowe lub gitary szyjkowe / 321.322-71 Skrzynkowe lutnie szyjkowe lub gitary szyjkowe pobudzane smyczkiem
Maker: Unknown
Date: 20th c.
Village / Town: Górka Duchowna (near Leszno)
Region: Greater Poland
Country: Poland
Owner: Musical Instrument Museum, department of the National Museum in Poznań
Inventory number: MNP I 394
Measurements: 596 x 199 x 27 mm
Materials: wood, metal, string
Sound compass, tuning: in 5th
Performance practice: To adapt the violin's tune to the bagpipe's much higher key a musician ties the instrument's neck and adds an extra fret (e.g. made of a chicken bone). As a result the violin becomes more audible and sounds similar to the mazanki fiddle. Kierski (1861): "From the arrival of the guests until the first supper, the violinist uses a small and very high-pitched violin called mazanki, and for the lack of one he ties up an ordinary violin almost in the middle, which makes it emit a shrill sound like the mazanki [he is accompanied by a musician playing a black goat]. For as long as the mazanki is playing, the groom should treat the guests to his vodka and beer and pay for any damage himself. But once the violin starts playing [which is accompanied by the white goat], all the costs for vodka and beer and other unforeseen expenses or damages should be borne by the wedding guests. Until supper, the guests remain in the fine clothes that they wore in the church; thereafter, they cast off their overcoats, don their cloth undercoats, made of navy blue cloth, and the merriment lasts until morning."
Catalog card by: Janusz Jaskulski / Zbigniew J. Przerembski
Wiwat, a wedding dance; Oberek; Szczepan Sadowski (b. 1906), bagpipe, Feliks Chudy (b. 1918), tied violin; rec. Poznań 1975; Sources of Polish Folk Music